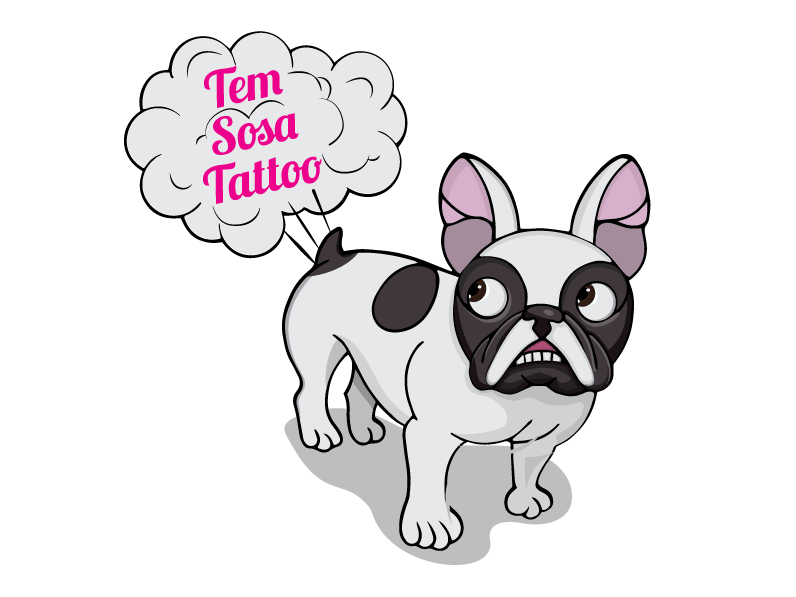 Tem Sosa tattoos and their stunning French bulldog are the perfect ‘illustration’ of clever, animated industry and appropriates a top-notch distribution of shadow and fluorescence.  All the colours used have a patent quality and synthesize together wonderfully.  This drawing is bringing to your attention the curvy, rounded features of the little French bulldog and its remarkably accomplished, startled little face.  This amusing design is a lesson in the true purpose and relevance of dexterity, shadow, luminance and complexion (as well as a cheeky connotation!).  The witty implication in this design is granted alongside the thickly clouded puff of air, wafting cheekily from the French bulldog’s behind, which is the superb canvas for the fuchsia pink lettering of ‘Tem Sosa Tattoo’.  Here, the typeface is in synchronisation with the playful, vivid nature of the illustration.