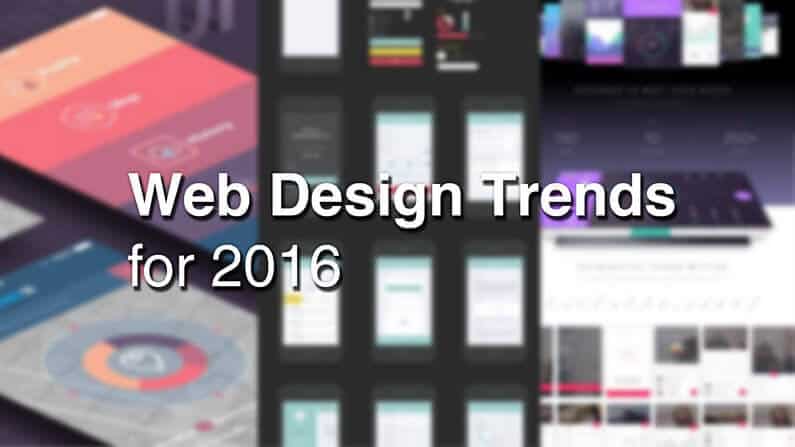 Increased use of cards 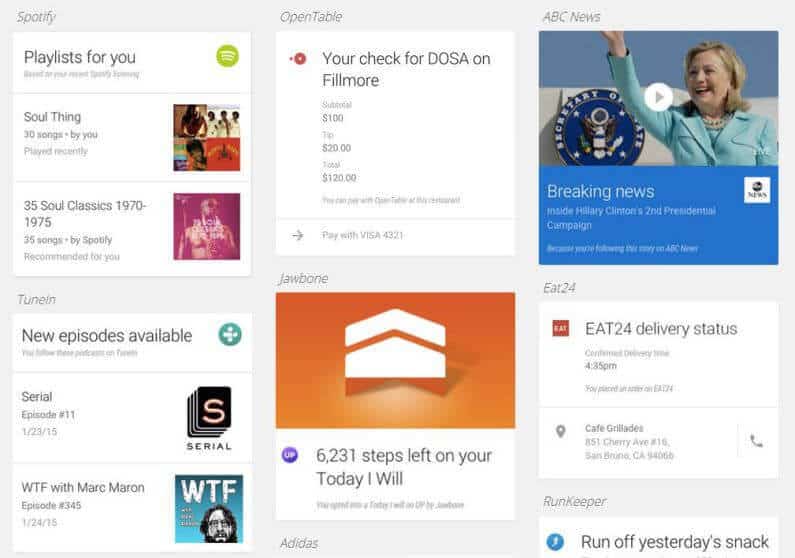 Do we need an open standard for card design already? Web pages are the internet’s default unit of content, yet it appears to both mobile devices and social media that a simple “card” is the most elegant and simple way of displaying content for the user. This is due to the small interfaces which have emerged over the last year, which now include Smartwatches on people’s wrists and in-car displays. This is an important area which will evolve in the future, so the tech giants Facebook, Google and Twitter can all benefit by pushing for an open card design and its use across all devices. 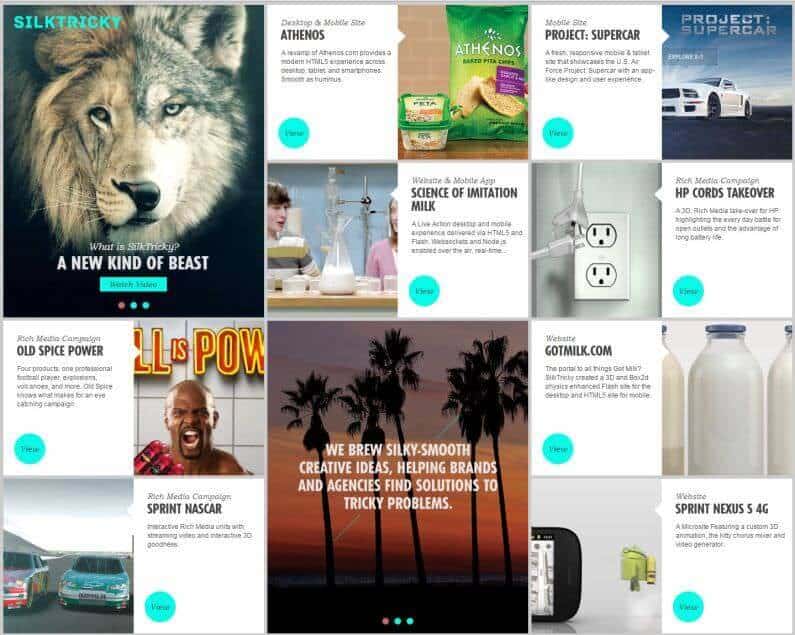 The last year has seen an increased use of grid-based design throughout the web, due to its responsive layout and ability to use the concept of wireframe boxes to realise the website’s design. Although already popular with social networks due to their need to display lists in an orderly fashion, other sites like Pinterest use grid design, but skew a different approach by intentionally lining up their boxes in a staggered way. They use this asymmetrical design to define its look and appeal to users. 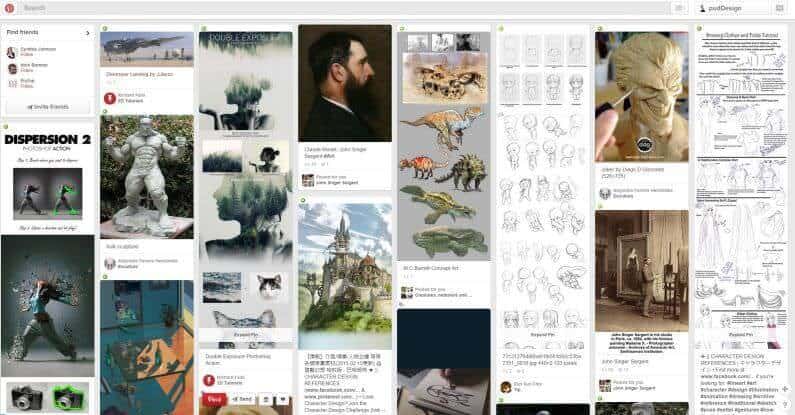 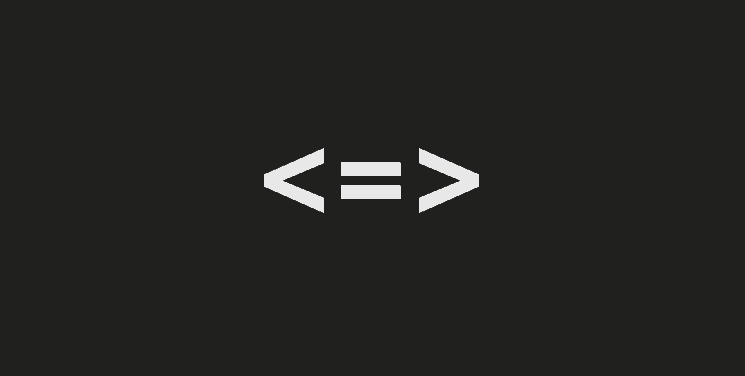 Less is more! Many websites have simplified over the last year to either a multi-page or even a single page design to view its content, thanks to the rise of mobile devices over PC’s or laptops. Put simply, users love simplicity, which in turn makes it easier to navigate websites to find what they are looking for. Infinite vertical scrolling on mobile devices has helped users engage with social media sites that are constantly updated with new content. This helps social networks to expose as much information and advertising to the user as possible. Traditional paginated content isn’t going to disappear overnight, so it will be interesting if a hybrid solution is found. 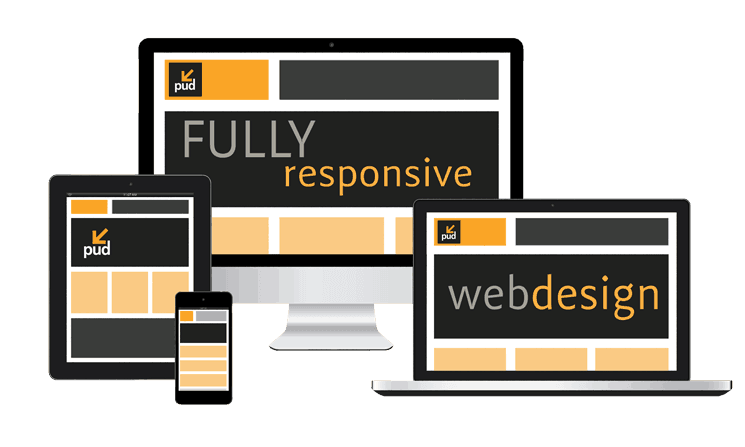 Blame it on the app? July 2014 saw a tipping point in that there are now more users of mobile devices than traditional desktop PC’s or laptops. Most organisations make their websites look good on the desktop first, but only functionally work on mobile devices. This could be seen by mobile users as unprofessional and out of date. The demands of mobile users have increased the work undertaken by developers, to cater for both types of users. Due to the minimal design of apps on mobile devices, they have excellent performance, putting pressure on websites to adhere to the same level of response and understanding of the user. Minimal design with simple and effective features can enable websites to compete for users attention, as the shift continues towards domination by mobile devices over laptops and PCs. 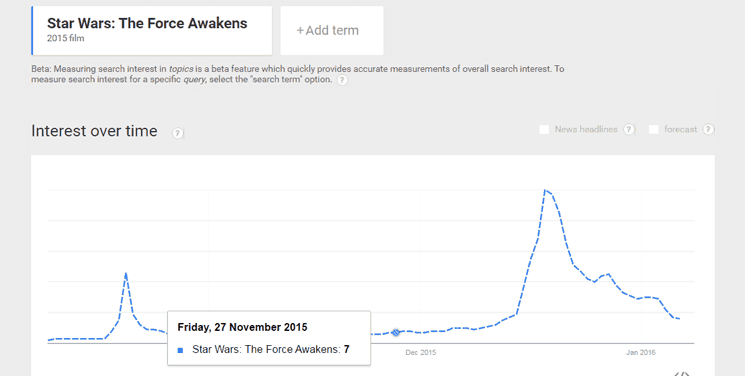 Google Trends isn’t anything new, it was used to track what people were searching for in the recent past. But now it can pull real-time data from searches on its main page, along with google news and youtube to build a comprehensive picture of what people are searching for. It can also see real-time spikes, or “above normal” levels of interest in topics that they usually generate, given their past history. For researchers or journalists, this is an absolute goldmine for insight into what people are searching for. It’s also fun for seeing where the internet is out of sync with other aspects of life. 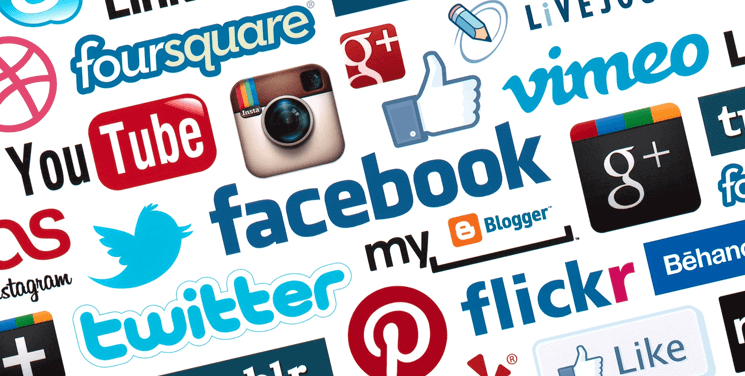 The past decade has seen the meteoric rise of the social networks which is an absolute success for the consumers but left some producers of content a little unsettled in recent years. With 1 billion approximate posts on Facebook each day, they learn which posts users enjoy more than others, so they show up on more user’s feeds. Over time, this leads to some content being seen by a smaller percentage of interested people. A lot of bloggers have recently shifted to an email list as a way of communicating with their followers and subscribers. The main advantage being a much higher percentage of people will see what they’re being sent in an email, instead of scrolling through a feed and potentially missing it. 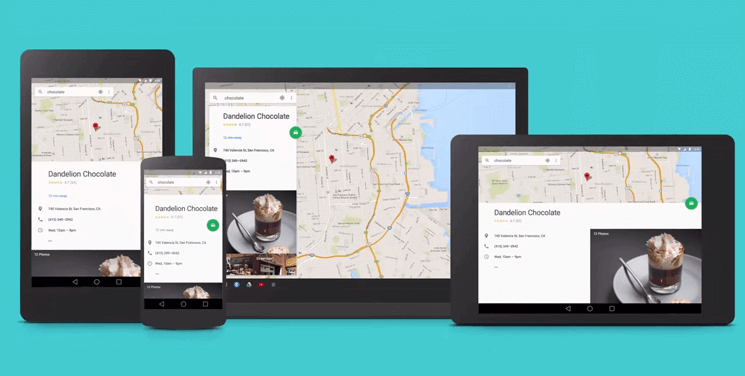 Pioneered by Google to give a consistent look and feel (initially across their Android app range) in late 2014, they are now expanding their philosophy of design across their web products too. An API was released to third parties for them to incorporate these design elements into their apps across mobile and web platforms. Material Design has increased the use of grid design, with shadows and subtle lighting to create depth to show what areas to touch. Google Now started simple, with the use of cards now expanding on this idea further into other apps and web services. Google recently updated Youtube’s look with a transparent taskbar, with a minimal look of their icons to reflect their design ethos.

Usually text within a bordered line, ghost buttons have a very minimal look but tend to be bigger than most standard coloured buttons on websites. Although not quite as transparent as real ghosts, they are best used with minimal design and flat interfaces, used in conjunction with large photo backgrounds. Although not initially a popular design element, clever use of minimal design makes the ghost buttons ability to be spotted easily an attractive feature for designers. 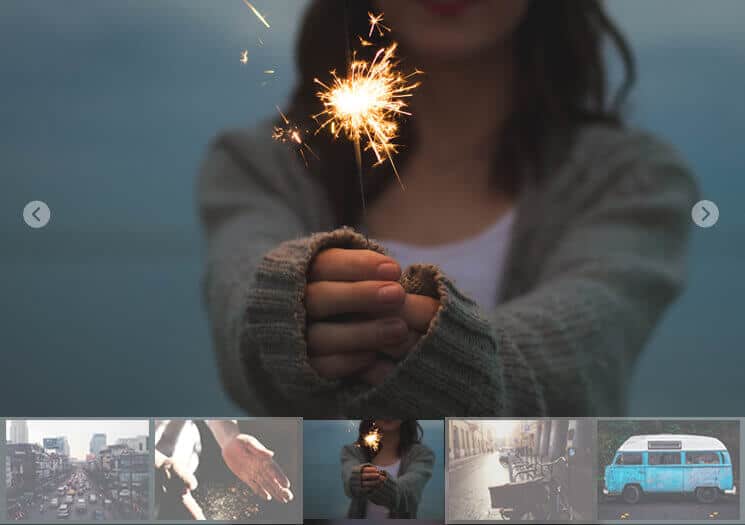 With improved design techniques, most browsers (including mobile browsers) can now incorporate galleries or slideshows easily, to give a clean and stylish look to any website. It appears tools like jQuery have made development a quick and painless experience. A simple setup with some images and some time spent playing with the setup can yield some impressive results. Visitors to websites now virtually expect to be greeted to some form of digital media upon loading the page. Over time, more websites will use animation and other techniques to display their media galleries.

AD Revenue – £16 billion in revenue up for grabs! 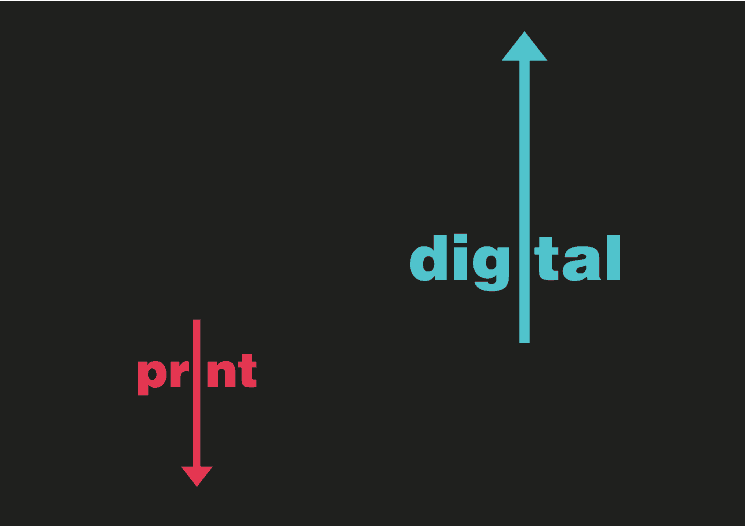 Businesses and brands are spending way too much focus, energy and money on print media, which has been a declining medium for years. Astonishingly, print media accounts for 4 per cent of media consumption, but yet receives 18 per cent of expenditure on advertising. Customers are spending far less time-consuming content via magazines, newspapers and other forms of print media. Not surprisingly, 24 percent of all media content is now delivered by a mobile device, which is where publications and marketing departments need to focus their attention on clever design and quality content for visitors.

Online Site Builders are exceedingly popular these days. Being touted as cheap and easy to use, these solutions can be adequate for novice users and startup businesses who are just dabbling with the idea of building an online presence. Many who are looking to establish a serious and trustworthy presence online or grow a business opt for these page building tools. Yet, these tools often turn out to be a poor choice.